16 In this issue we explore Australia’s Largest Solar Farm Innovation in Structural Drafting Complex Design for Aged Care, Alondra Water Quality in Buildings – What you might not know? The Latest News at Bligh Tanner 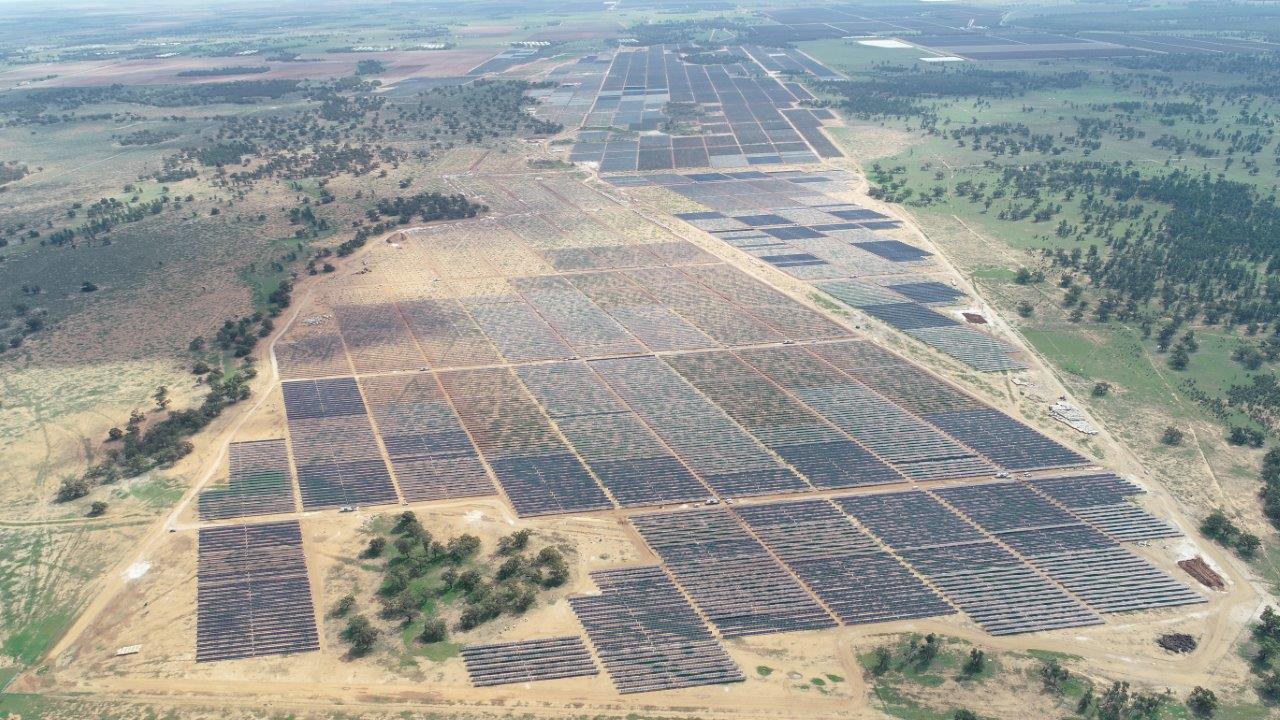 Bligh Tanner is pleased to be playing a key role in the design of Australia’s largest Solar Farm at Darlington Point, which is due to be commissioned later this year.

Bligh Tanner has partnered with experienced German Solar specialists EnCOME to design on the project, which is located just outside of Darlington Point in the NSW Riverina, near the Murrumbidgee River an area renowned for its sunshine.

A logistical challenge for the project was the sheer size of the site which measured almost 6 km from one end to the other, spread across formerly agricultural land on the Murrumbidgee flood plain. As an indication of scale, we designed over 20 km of roads within the site.

The clay soils across the area are not ideal for supporting road pavements, but the scale of the site demanded a pragmatic solution. Through collaboration with the contractor and road product suppliers, a design which incorporated composites under a minimum course of gravel was developed. This was a cost effective approach and was able to be delivered quickly on site.

Given its proximity to the Murrumbidgee River, floods have always been part of the landscape at Darlington Point. The vast majority of the large site is flood prone, and some areas can be flooded for many days at a time, requiring careful design of photovoltaic modules and electrical infrastructure.

The importance of value for money was a key driver in the project. Where an item such as perimeter fencing is often something of an afterthought on projects, when installing up to 20 km of it, designs are required to be optimal and fit for purpose. Bligh Tanner brought a depth of real-world experience and engineering excellence to the task and came away with a new appreciation for the scale of this fast-developing industry.

With several other large-scale solar projects under development, we’re excited to be playing our part in transitioning to a low carbon economy.

Find out more about Jim Mitchell