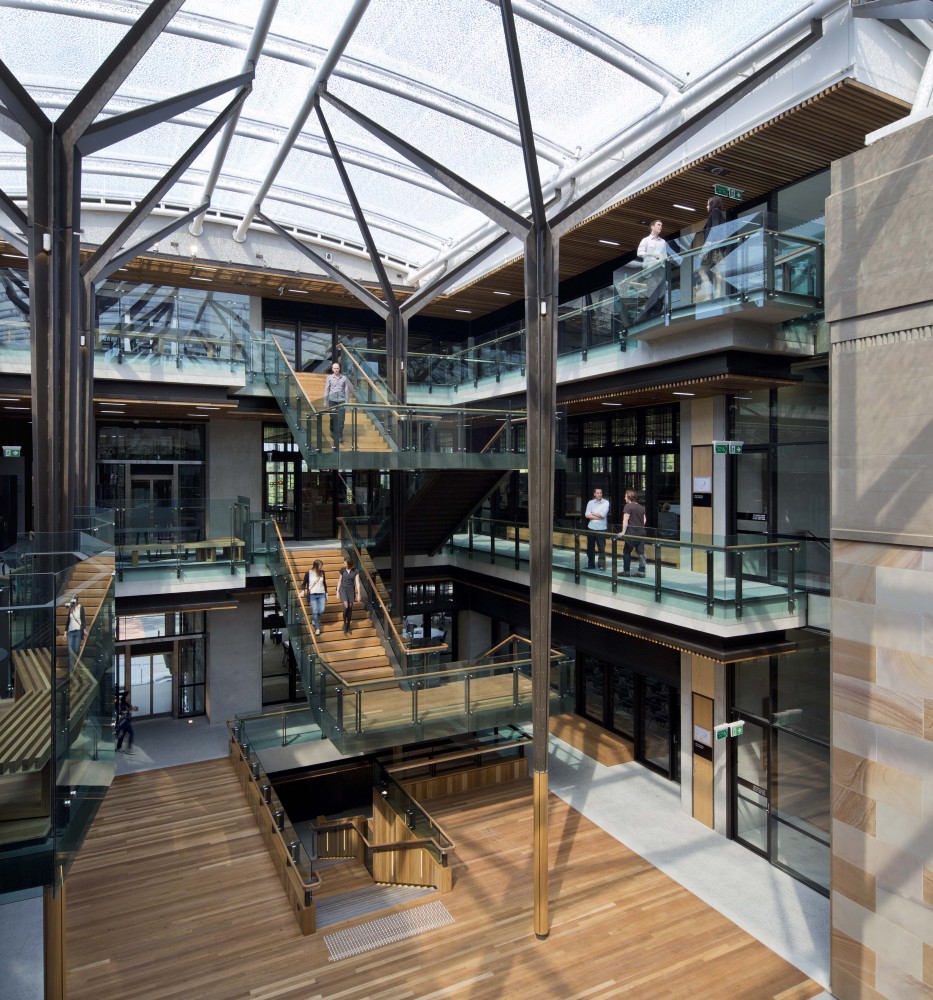 Bligh Tanner was pleased to be part of the winning team that received a High Commendation at the 2014 Australian Steel Institute’s National Steel Excellence Awards for the Global Change Institute (GCI).

The award for GCI was presented to HASSELL, Bligh Tanner, McNab, BridgeFab, CMC Steel Distribution, JBD Group, A&I Coatings and follows on from the project’s success at the Queensland and Northern Territory Steel Excellence Awards where it won the Excellence in Buildings – Large Projects category.

Judged on its excellence in steel construction, the awards jury commended the GCI entry for displaying considerable architectural merit and attention to sustainability.

Steel has not only played a major role in the building’s construction but also in its ongoing operation that seeks to allow the building to ‘live’ and ‘breathe’ like a natural organism. Integral to the building’s strength, architecture and sustainability, steel makes up the soaring atrium structure, central floating stairs, and sun shading façade of the GCI.

The central atrium is the heart of the GCI and is also an architectural focal point for the research community housed in the building. A network of tree columns support arched roof beams that reach across and fold over surrounding heritage sandstone walls. The aesthetic intent was for a seamless sculptural quality with slender structural elements and invisible connections. Collaboration between the structural engineers and architects produced carefully detailed connections which concealed all bolts and minimised site welding. This innovation was highly valued during installation as the roof canopy is elevated 12 metres within a constricted site. The atrium also acts as a filter whereby a portion of the air flows through a free-standing green wall and is sucked into a low energy air cooling system which is activated on hot days.

The central scissor stairs are another sculptural steel element that sits as a centrepiece in the atrium. Torsional strength of closed steel sections is engaged to create a floating staircase that reaches out, twists, and turns between levels. The 310UB steel stringers have continuous vertical flat plates welded between their toes to create a closed torsional steel section. The strength in torsion allows the stringers to appear as if they are floating between vertical slab levels.

On the building’s façade, stainless steel framed vertical shades track the sun’s daily path and react to the seasons and daily forecasts while breezes are ‘inhaled’ via walls of glass louvres which then flow through the steel framed central atrium, and are flushed out through a thermal chimney.

The GCI was recently awarded a 6 Star Green Star Energy Rating by the Green Building Council of Australia and will be one of the first buildings in Australia to seek certification under the Living Building Challenge, the most rigorous international design and construction standard for clean, efficient and beautiful design.

With over 35 years’ experience, Rod is an award-winning, industry leader renowned for his innovative approach and his many successful collaborations with architects and artists.