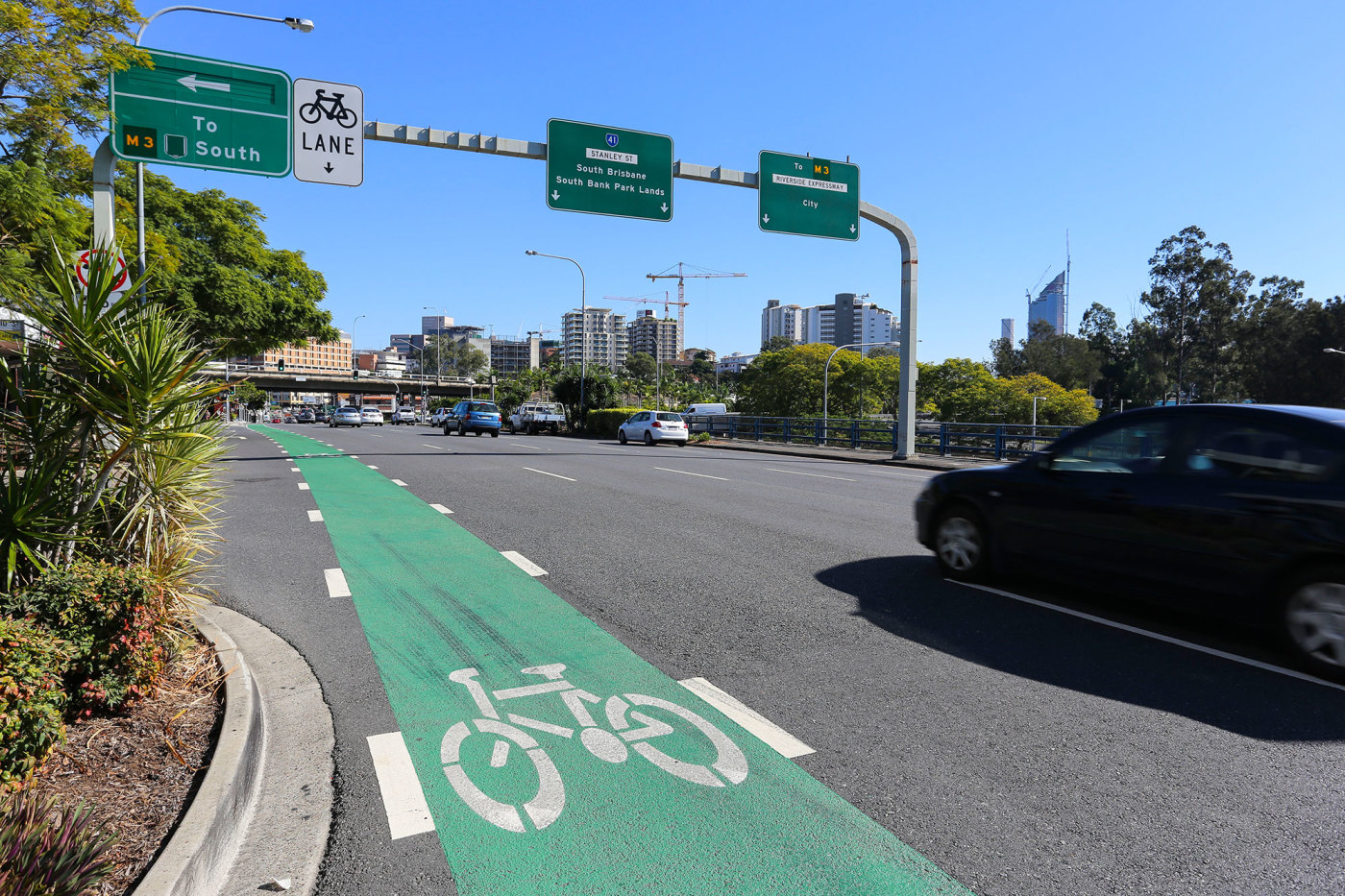 Bligh Tanner has provided pro bono advice to Bicycle Queensland to make the long awaited Gabba to Goodwill dedicated bicycle link a reality. This positive action follows the tragic death of a cyclist in a collision with a truck at the corner of Stanley Street and Annerley Road in South Brisbane, 2014. Bligh Tanner managed a team including Tract Urban Design and Landscape, and Cambray Traffic Engineers – both also acting pro bono – which provided well-rounded consideration of the complex issues affecting the site. The new design has built upon earlier initiatives that were tied to the re-development of the Go-Print site, but stalled because this development had not proceeded. Brisbane City Council has now embraced the project and committed funds to make the Gabba to Goodwill bikeway a reality over the next couple of years.

The Stanley street corridor has been an important artery for traffic and commerce for much of the city’s history. Changes to the street and its character have been frequent, but over the last couple of decades it has become a car-dominated environment. While this may have resulted from traffic management policies of the past, current needs are for a more balanced approach: a safer environment for all users, an environment which supports wider economic growth objectives, and a long-term outcome that places Stanley Street at the centre of a revitalised and growing urban community.
“We knew we needed to resolve all these issues in a coherent and convincing manner” said Bligh Tanner’s Chris Tanner, also a keen cyclist. “We were then able to successfully engage with Brisbane City Council and Queensland Government’s Department of Transport and Main Roads and build their support for the initiative. The project shows what is possible when you combine bold thinking with sound technical skills and teamwork”.

This bikeway proposal fulfils a key need of the City of Brisbane’s transport infrastructure. It will promote safe cycling and encourage greater numbers of people onto their bikes, reducing pressure on an already crowded road network. As the urban fabric of the local area evolves with the increasing population, the bikeway will provide opportunities for improved public amenity, commercial activity and enhanced streetscapes.

Research and international best practice clearly points to segregated bikeways as the solution to getting more people cycling safely and more often. With high demand for contested space on roads and adjoining land, world class facilities like Brisbane’s Bicentennial Bikeway are rarely obtainable, and are often seen as expensive. However, the Gabba to Goodwill Bikeway Project proposal has identified that an opportunity exists to integrate a segregated bikeway into the existing road reserve to provide a world class facility without the need for such high costs.

“This represents a powerful change in how we do things in Brisbane, and gets us in line with world’s best practice,” said Bicycle Queensland CEO Ben Wilson. “On key routes, segregated bikeways are the answer to getting more people cycling and cycling in safety. It will mark a new way forward for Brisbane and get thousands of new people on bikes.”

Find out more about Alan Hoban

With over 24 years’ experience, Alan is a progressive, award-winning engineer who specialises in integrated water management and water sensitive urban design.