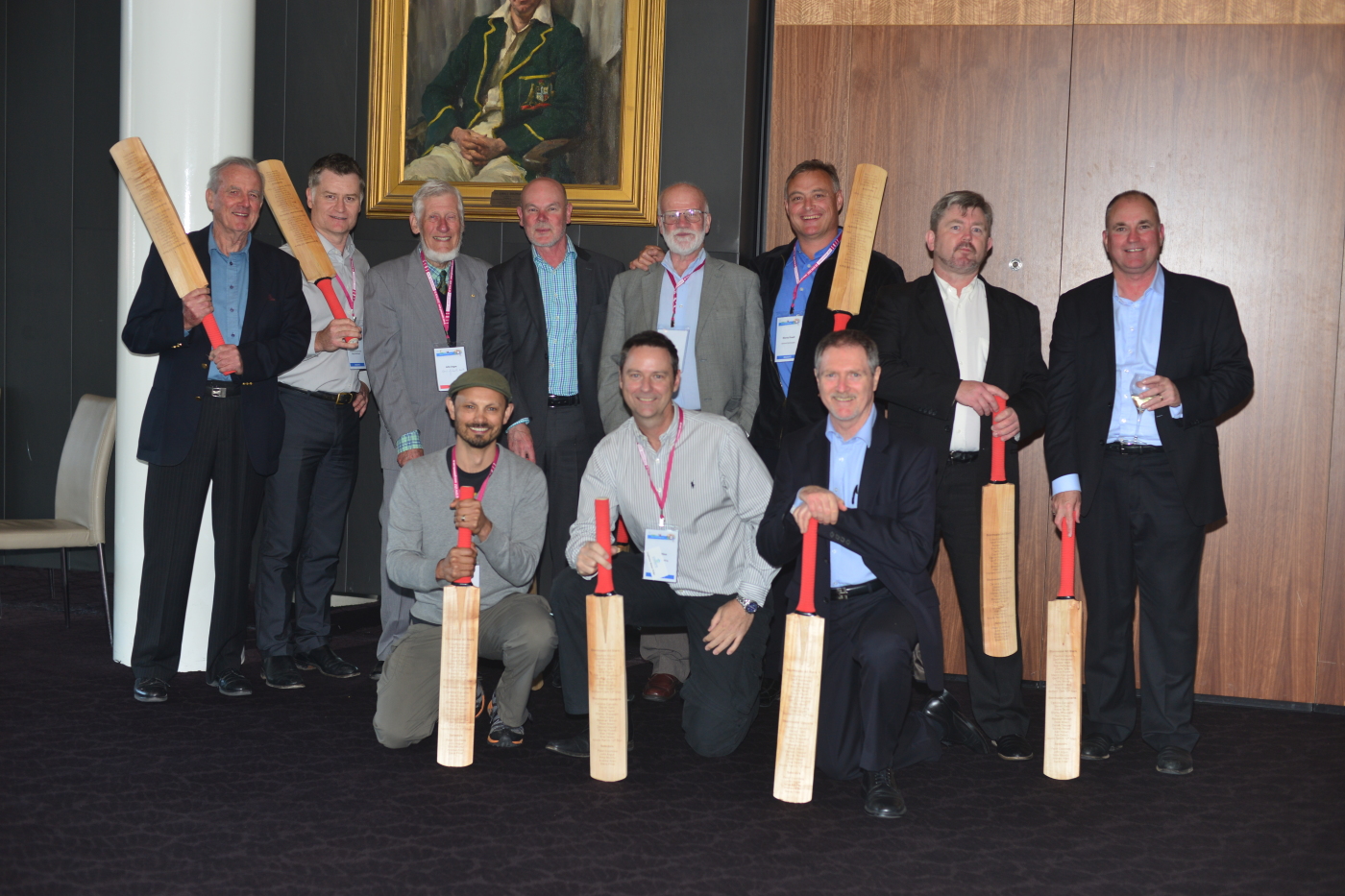 Stormwater Australia recently named Alan Hoban, Principal Environmental Engineer at Bligh Tanner, among 11 current stormwater industry leaders in the country. Stormwater XI – a cricket inspired line-up of former and current industry leaders – was announced as part of the Stormwater 2014 (national conference) Welcome Reception which was held at the Adelaide Oval.

What does being recognised as a stormwater industry leader mean to you?

It’s a real honour to be named vice-captain of the Stormwater XI, along with people I admire and who I’ve looked up to throughout my career.  I have always tried to challenge the status quo and never been complacent with poor policy, mediocre urban design or environmental degradation. I think we can really do much better as a profession, and this recognition provides encouragement to keep pushing for change.

What have been some of your major contributions to the stormwater industry?

When I took up the leadership of the Water by Design program—my role prior to working at Bligh Tanner—my brief was to help bring water sensitive urban design into the mainstream, and I think to a large extent that has been achieved. People regularly tell me that the guidelines, industry training and capacity building have really helped. But probably the greatest achievement has been on the policy front, helping bring about the State Planning Policy which sets state-wide stormwater quality targets.

With Bligh Tanner, we’ve delivered some pretty significant projects. The Noosa Flexi Learning Centre really challenges conventional thinking in stormwater management, as it outperforms most other developments in terms of stormwater outcomes, while actually reducing development costs. It really shows that sustainability should be an inherent part of design, not a costly add-on. With our structural engineers, we were also able to overcome some taboos, like deliberately infiltrating water amongst building footings.

I also like visiting my past projects, and some of my earlier design work such as at Coomera Waters and Bellvista Estate, which have really stood the test of time.

Have any of your fellow recognised industry leaders influenced you?

Two that stand out are Tony Wong and Di Tarte, who were both named in the Allstars team. Tony is someone I have worked with over a number of years. We worked on Singapore’s water sensitive urban design framework together, and I admire his ability to influence decision makers with a clear narrative for change, underpinned by sound engineering and science. I have really learnt a lot from Tony.  Di Tarte was the Director of Healthy Waterways during most of my time there; she is a good networker with great political nous. She really knew how to work diplomatically and collaboratively with state and local governments.

How important is stormwater harvesting when it comes to the effective management of water in Australia?

When you think about climate change, a growing population and increased resource constraints, then we have no option but to think about new sources of water. Most other options available to supplement existing water supplies are costly or controversial, so harvesting roof-water and stormwater makes a lot of sense, and I believe Bligh Tanner is leading the world in this regard with projects like Fitzgibbon Chase. There is just so much we are learning from that project, especially about how to get the governance right for supplementary water supplies.

What do you hope to achieve in the future as a stormwater industry leader?

I find most people in the water sector want the same thing: innovative outcomes that are environmentally and economically sustainable. Yet it is often so hard to make progress as there are so many competing interests and entities involved.  I think one of the key ways I help my clients is by opening up lines of communication for them, such as introducing someone in a water utility to the economic regulator, or a local government officer to their counterpart in the neighbouring council.  I like the definition of leadership as getting people to solve their own problems. In coming years, I think if I can help strengthen peoples’ networks, then that will go a long way towards achieving that.

Find out more about Alan Hoban

With 20 years’ experience, Alan is a progressive, award-winning engineer who specialises in integrated water management and water sensitive urban design.